If you’re not already grossed out enough with how bed bugs look and behave, these 9 disturbing facts about bed bugs will make your skin crawl.

Bed bugs will mate with anyone

Bed bugs aren’t picky when it comes to mating partners – they’ll breed with their cousins, sisters and even their own mother. Worse news? They can get away with.

Most insects can’t inbreed so closely because it’ll lead to genetic deformities but bed bugs can – and will.

A recent study by North Caroline State University entomologists showed that entire bed bug infestations can be started by just one or two founder insects. That means if even one pregnant bed bug enters your premises – you’ll have a lot of unwanted bedmates soon.

Bed bugs are as nondiscriminatory with housing as they are with mates. As long as there’s a warm-blooded host around to feed on, they’re satisfied with their living situation.

And thanks to increasing international and domestic travel, you’ll find these blood-sucking setting up shack in all corners of the world. The kind of housing doesn’t matter to them, either – they’ll feel equally at home in a homeless shelter as they would a posh high-rise.

Bed bugs don’t technically “bite”- what they do is far more disturbing.

These parasites have two hollow tubes. When they’re ready to feast, it injects anesthesia-laden saliva into your skin through the first tube to numb the area and keep your blood from clotting. And then it sucks your blood through the other tube. 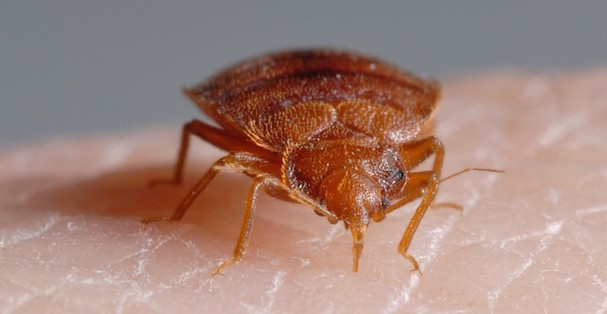 When it feasts, it really goes to town – they’ll feed like that for up to 10 minutes! When full and swollen with your blood, they return back to their hiding place.

Just ’cause bed bugs enjoy a good blood meal, doesn’t mean they can’t survive without one.

Unfortunately, bed bugs can live a whole year without a single meal. Not always – at normal room temperature, they’ll only last around two to three months without getting something to eat. But when it’s cold out, their metabolism slows down and they may survive up to a year without feeding.

Bed bugs are nocturnal by nature and usually choose to wait ’til their hosts are sound asleep before crawling out of their hiding places.

Combine that with the fact that many people don’t have any visible reaction to bed bug bites – the Journal of the American Medical Association reported that people will not show any visible marks in half of all bed bug cases! – and you could be living with bed bugs without even knowing it.

During which time, of course, they’re proliferating like crazy.

These aren’t dumb bugs we’re dealing with. They have strategies. And they know things about you. They know how to find you by your breath and if they’re not able to crawl directly to you, they will go so far as to crawl up the walls to the ceiling and free fall to where you are.

They know that you’re at your most vulnerable, deepest sleep state which is why they often feed around 2 hours before sunrise. And they know that when their hiding place has been disturbed, they’ve probably been discovered – which is why when you find bed bugs during an inspection, you should also de-bug the areas nearby since they’ve most likely moved.

As perturbing as the above bed bug facts are – this one is by far the worst: bed bug pesticide-resistance is on the rise. Various populations have developed resistance to DDT, organophosphates, neonicotinoids, deltamethrin and pyrethroid insecticides.

New York City bed bugs have grown 264 more resistant to deltamethrin than Florida bed bugs. Bed bugs in Cincinnati and Michigan are hugely immune to neonicotinoids – to kill them, it requires concentrations 1,000 times larger than needed to eliminate non-resistant creatures. Even scarier – not only does DEET no longer kill bed bugs in Africa, but it was shown to make bed bugs more active!

We may never get rid of bed bugs

Okay, we lied – this bed bug fact is the worst.

Combine all of the above disturbing qualities that bed bugs have and what do you get? A crazy irritating bug that’s also really, really hard to get rid of. Pest management professionals agree that bed bugs have become the most difficult pest to control.

We’re still plotting against them, of course – a bed bug conference was recently held in Chicago for entrepreneurs trying to find the best way to get rid of bed bugs. But while there were many differing ideas on what the best approach would be, they all agreed on one thing – bed bugs as a species are here to stay and unlikely to be eradicated completely.

Depressing, yes – but just because we can’t wipe them off the face of the earth doesn’t mean that you can’t remove them from your life. Find out how to get rid of bed bugs once and for all.

In the long run, we human beings are going to have to re-think how we sleep. For example, we may end up sleeping in float tanks like Altered States, or rooms kept real windy on purpose. I don’t know, but we do need to make the itty bitty bastards’ lives a lot harder. Maybe we will all choose the arrangement on a personal basis i.e. one may float, the next nay choose windy, or whatever to keep the bastards at bay. But a normal bed as we know it now is not working.

I’d find away to put a tent over my bed