If you're living with fleas, getting your hands on the best flea repellent for humans is a must.

Fleas breed at an alarming rate and when you're surrounded by the whole extended family of Olympic jumpers who take a bite out of your skin every time you walk past, it can feel like you're going out of your mind.

Sure, you want to get a battle plan together to get rid of these pesky fleas once and for all...but how are you meant to think with a clear head when you're covered in insanely itchy flea bites?

The worst part is that you're not supposed to scratch these bites since excessive scratching can further damage your skin and result in a secondary bacterial infection. Resisting the urge to scratch, of course, requires superhuman willpower since flea bites itch like wildfire and spend all their time on your skin begging to be scratched.

So what's a poor human to do?

Simple: Prevent flea bites from ever happening in the first place. If you're wondering how you're going to do that when you're living with a flea infestation - this is where picking up one of the best flea repellents for humans comes in handy. Here are our top picks! 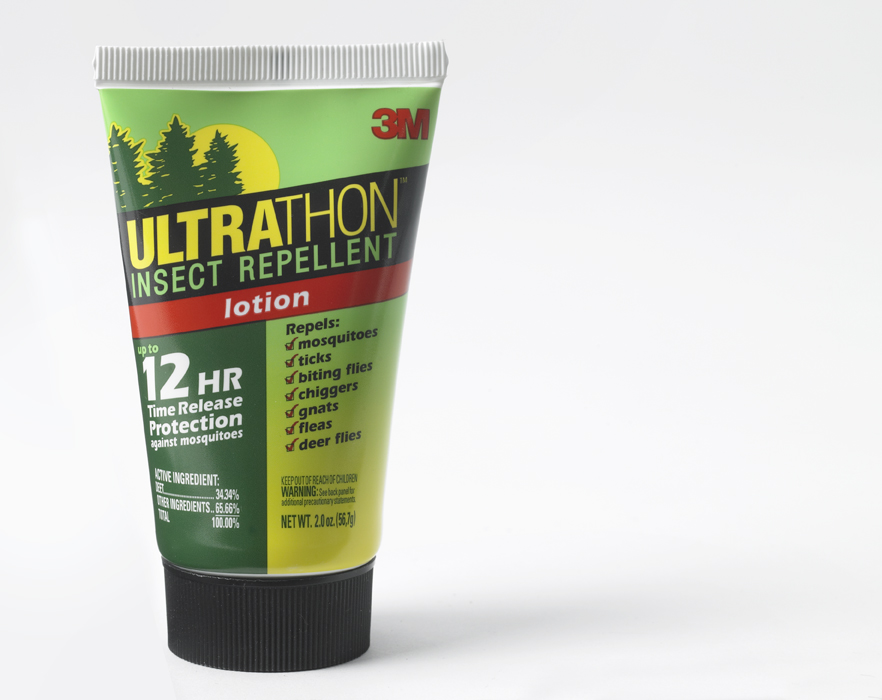 3M's Insect Repellent Lotion is some pretty heavy duty stuff. Plus, it has the advantage of providing controlled-released protection for up to 12 hours, which makes it perfect to use if you're getting flea bites while you sleep. No one wants their beauty sleep interrupted for a flea repellent re-application.

Wondering how well it holds up against fleas? Well, it does contain a lower percentage of DEET than similar products but it's undoubtedly effective. After all, this insect repellent is designed for jungles and tropics, where it protects against fiercer, blood-thirsty creepy crawlies, so preventing flea bites at home is not an issue.

Extra perk? A little goes a long way so the bottle will last you awhile - hopefully, until you've killed all the fleas currently living in your home.

Here's what other flea-ridden reviewers have to say about it:

"Awesome stuff. We had a flea problem in the house. While the flea treatments were starting to work, they were still biting the heck out of my girlfriend. Bug spray was awful smelling and did not keep them off. This cream had no odor and immediately stopped the biting. If I could give 10 stars I would, this stuff works wonders."

"It really works to keep bugs like fleas away." Read more reviews! 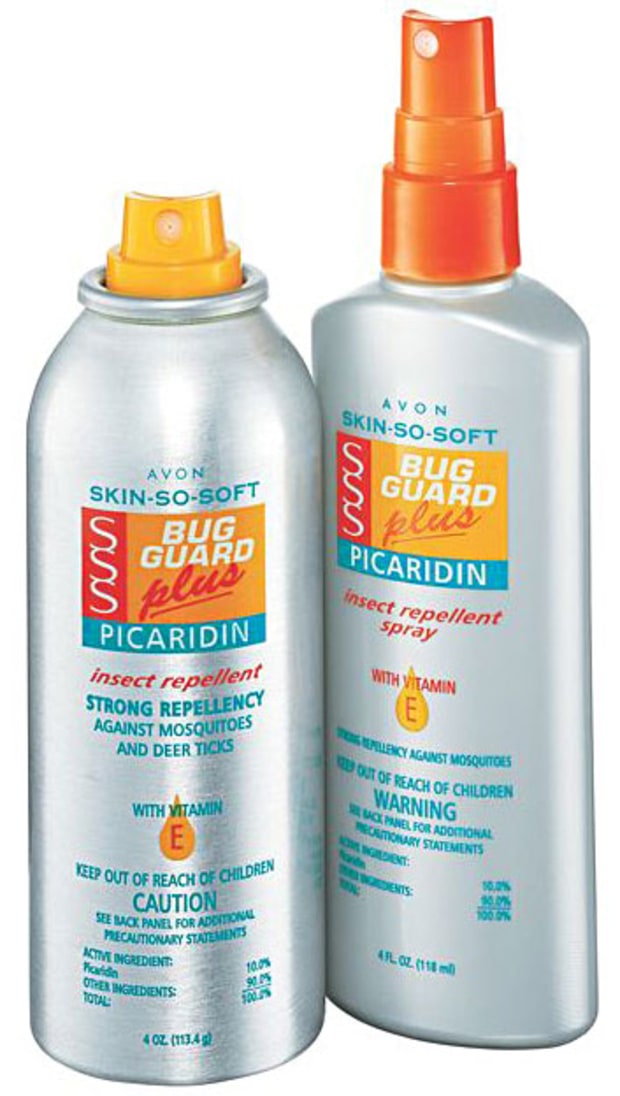 If you're on the hunt for a flea repellent for humans that actually feels and smells like it's for humans - meet Avon's Skin So Soft Bug Guard. Avon's original Skin So Soft developed a sort of cult following back in the day for its ability to ward off bugs and now the company has upgraded on their formula by adding an extra insect repelling ingredient: Picaridin.

Picaridin is a low-odor, longer-lasting and safer alternative to DEET. Extra perks? It doesn't feel sticky on the skin. It also won't irritate your skin or eyes, making it perfect for flea-sufferers with sensitive skin.

What it does do is provide protection against flea bites by acting as an effective flea repellent. And of course, it doesn't hurt that it makes your skin "oh soft" in the meanwhile. 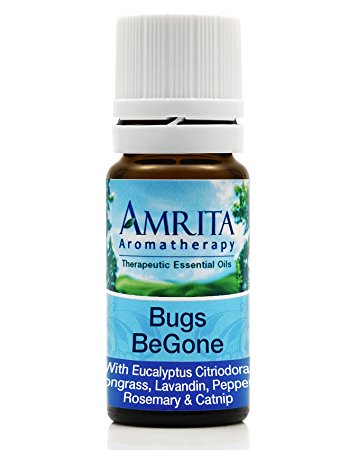 Don't love the idea of applying a pesticide product on you and your family's skin? Understandable, especially if you've got children around.

Lucky for you, there are all natural flea repellent options for humans, such as Amrita Aromatherapy's Bug Be Gone Essential Oil Synergy Blend. This stuff is every bit as natural as it looks, composed of a DEET-free blend of flea-repelling essential oils like Lemon Eucalyptus, Lemongrass, Rosemary, Peppermint, Catnip and more.

Each of these essential oils work great alone but when combined, they're at maximum efficacy to protect you and your family from flea bites - without any chemicals! 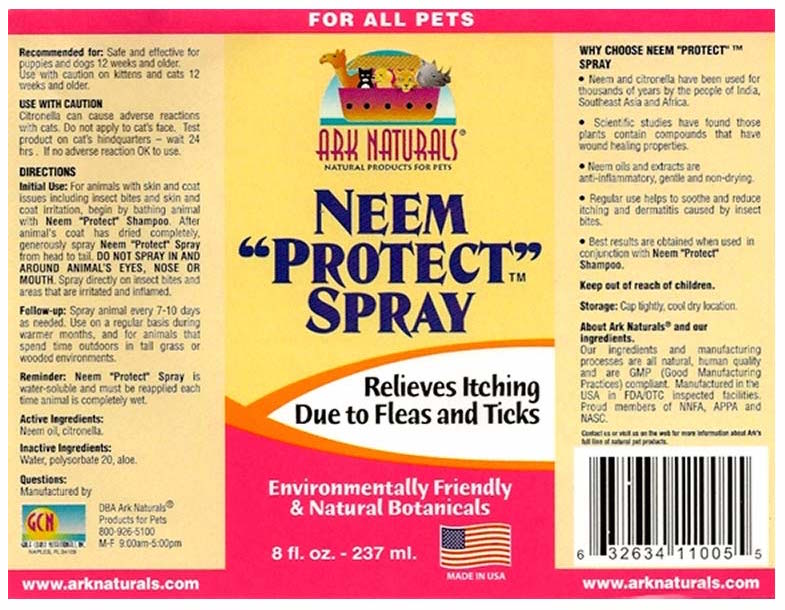 Here's another wonderfully natural and effective - albeit strongly scented - natural flea repellent for humans and pets. Ark Natural's Neem Protect Spray uses a potent combination of neem and citronella to ward off fleas and flea bites.

In case you're wondering what neem is - it's a natural oil that's made from the neem tree and has been used in India for centuries. It's not only effective for repelling fleas but it's actually beneficial for the skin as well, being anti-fungal and soothing. You'll find it in everything from dry skin salve to acne treatments and it proves itself useful for flea-affected skin as well, helping to alleviate itching and irritation from flea bites. 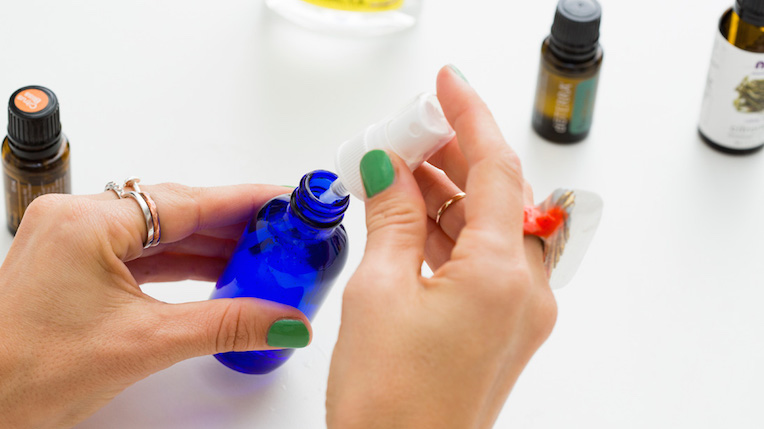 The best flea repellent for humans may be one that you make yourself - this gives you the flexibility to choose which ingredients work best for you and your household as well as the freedom to leave out scents that you just don't care for.

Plus, DIY flea repellent isn't hard to make at all! You just need a combination of some of the most effective, natural flea repellents. Here are your top picks:

A good dilution rule of thumb for a daily flea repellent you’ll be using directly on your skin is to keep the essential oil concentration at just 10% of the total solution. That means 90% of either water, witch hazel or a carrier oil and just 10% whichever essential oil(s) you choose.

wtf does this mean lol