Facts About Mice and FAQs: What You Need to Know to Get Rid of Mice

If you’re searching for facts about mice, you probably found one in your home. Depending on where you find yourself in the domestic pest spectrum, we’re either dealing with the cutest, cartoon-ishly endearing furry little critter that you could ever cross paths with, or the literal anti-Christ decanted into a tiny body with a tail.

If you don’t actually have a clue where you stand on the above spectrum, but think you might have a mouse problem, then this is the article for you. Delve in, while we tackle some of the most frequently asked questions and most interesting and important facts about the humble mouse so you could best devise your strategy!

Let’s start with, perhaps, the most important question. Do mice carry diseases?

Often disease is more readily associated with rats; the older, shadier brother of the mouse which seems to get a bad rap. Maybe something to do with that whole Black Death thing back in the day, but who among us can say we haven’t made a mistake?

The fact is, though, that mice are just as likely to carry diseases and infections as rats. Often these diseases will stem from the ‘passengers’ that like to latch onto them, such as specific strains of fleas and lice and all manner of germs and bacteria that come from their natural exterior habitats…Nothing good can ever come from eating out of trash bins, right?

The danger that comes from this proclivity for harboring different germs is that mice can live quite comfortably right alongside us. Our homes are warm, our furnishings are soft and we generally keep out of one another’s way – in fact, more often than not, a mouse can be living in a home for ages before you ever start to notice.

What diseases do mice carry?

Okay, so yes: generally speaking they do carry diseases (apologies if you’re a particularly hygienic mouse – no offense intended). So what should we be concerned about specifically?

The golden rule? Double and triple check your boxed foods before you start scoffing it down. It might just save your life.

What do mice eat? 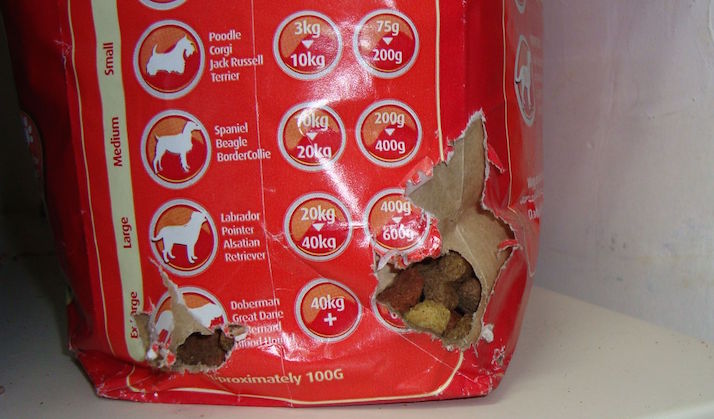 On that note… What do mice like to eat? Surprisingly, for something which can prove to be so nefarious and dangerous when it comes to infections, mice are generally vegetarian. The diet of a feral mouse tends to anchor around seeds, fruits, grains and food of this ilk.

This is why you’ll usually find some evidence of mouse activity in your cereals and dried foods at home.

That being said, there are different species that like the taste of meat, such as the white-foot and grasshopper mouse which will feed on insects and sometimes weaker/smaller rodents, marking them as hunter cannibals. Mice have even been known to chew on their own tails if times are truly desperate, so don’t be surprised to find them nibbling through your bin bags for something ““““edible””””.

One of the most interesting facts about mice…

If you have a mouse problem in your home then you might have noticed that your papers/folders are in disarray. Don’t worry; the mice haven’t hatched a plan to embezzle you by stealing your important financial documents…I don’t think.

It’s much more likely that they’re scouting about for materials to build their nests with.

Mice tend to build these structures in very hard to reach, quiet, undisturbed areas of your home but they’ll travel far and wide for the building materials to do so. Anything soft, easy to rip/tear and thick enough to create a comfortable wall for a nest is vulnerable to theft so keep an eye out!

Obviously, mice do bite things – especially some of the angrier species.

Now, I know you’re going to be immediately alarmed when you read that. Stop, take a breath before convincing yourself that that tickly cough you’ve had all morning actually is the bubonic plague after all.

Trust me: it probably isn’t. Probably.

Although mice do and will bite humans; it’s both quite unlikely that anything too sinister will come of it and it’s also a pretty rare occurrence in the first place. Mice are fairly docile creatures and don’t walk around looking for a fight. The highest chance of being bitten by one is if you corner it and it has nowhere else to go, if you suddenly alert a mouse or frighten it (think opening a cupboard door or drawer and shoving your hand in).

Their first reaction to danger is always going to be to run and the chances of a mouse specifically hunting you out for an inquisitive nibble are pretty low.

You’re going to wear socks to bed tonight, aren’t you? Well, how about this next fact to really creep you out…

Throughout the entire life cycle of a mouse or rat, their incisors will keep growing continuously without halt. This is because the teeth have ‘open roots’ which means they’ll never reach a maximum length and call it quits.

For this reason, mice need to constantly chew and gnaw on things in order to grind the teeth down before they end up looking like Count Dracula, which is why the biggest sign that you have a mouse in your house (ha!) is spotting chewed things.

A lot of money to be made in mouse dentistry, though.

Despite how frumpy and cuddly they might look, it turns out most mice are actually athletic machines. They might be tiny but an average mouse can jump somewhere between ten and twenty times its own height in a single bound, and scamper up incredibly high walls at the same time.

Ever see any parkour videos? Mice are basically the originators; their claws allow them to leap and then scamper with the momentum up vertical surfaces. This is often one of the many ways they find their way into your home.
As if that wasn’t enough, mice can also swim up to half a mile…I can barely even manage one length in the pool.

Can mice burrow into my home?

Speaking of mice entryways…How is it that they actually make their way into our homes in the first place?

Well, first of all, you need to realize that mice have very, very bizarre bodies – their skeletal structure allows them to squeeze through absolutely tiny spaces without causing any damage to themselves. It’s often through very small gaps in our exterior walls, under window sills and doors, through pipework, foundations, door frames and all manner of opportunistic holes that they set up their new homes.

They’re not particularly picky about which road they take either: bathroom plumbing? No worries, they’ll scurry right up inside those sink or bathtub drains if they have to. Gaps in the roofing? Done deal: they’ll scurry up the outside walls or use nearby trees and other ledges to get on to the roof.

Obviously, the biggest tool available to you is plugging up any gaps where you see them and ensuring that you’re not leaving any open doors for rodents to take advantage of.

Ever struck up a conversation with an old mouse friend you haven’t seen in a few years and you notice that he isn’t using your name? Just sort of nodding along and saying nothing committal? That’s because he can barely see your face. He’s just too embarrassed to admit he has no idea who he’s talking to.

Mice have awful eyesight – not only limiting their visual awareness of the world, but also their perception of colors (they can’t see the color red). However, due to the weird prominence of their eyes, they are able to sense movement within a very big space, from different angles, which is why it’s hard to sneak up on the suckers.

They mostly rely on their whiskers to touch and feel their way around a space; this is especially useful given that they’re nocturnal animals.

Tip: if you notice scratches, smears of dirt or grease or other strange markings around your walls, this may be a sign that a mouse has been rubbing up against it whilst navigating in the dark.

How long can mice live?

Luckily for homeowners (and unlucky for mice pet-owners), the little mouse that causes so much distress usually only lives somewhere between a year and a year and a half. Finally, one of the more reassuring facts about mice (if you’re trying to get rid of them)!

This can seem like a long time in ‘mouse years’ though and it’s usually fairly long-term issues that kill them off such as cancers and heart failure – the sort of thing we’d generally expect to show up in an elderly body.

How fast do mice reproduce?

The old colloquialism is that of bunny rabbits being highly productive when it comes to sex lives; but the average mouse can birth huge litters of up to 15 babies at a time…and they can do this between 5-10 times in a single year.

Stretch that out to its logical conclusion and you’re looking at an exponential mouse problem if you let them get too comfortable in your home. An average of two hundred babies in a life time? No wonder they die young. Can you imagine the Christmas dinners?

How long does it take to get rid of mice?

This seems to be a common question amongst worried homeowners and the simple fact is that there’s no easy answer. If you catch a mouse problem early, before they procreate and cause real havoc, then your mouse battle might only last a few days or a week…

If you have a very prominent issue with many mice burrowing around your home and setting up litters whenever they feel like it, you could be looking at a very long, arduous and taxing battle to reclaim your house.

The best bet is to tackle the problem as soon as possible and with extreme prejudice. Don’t give them an inch or even a day longer than is strictly necessary. They won’t be wasting that time.

You’re now ready to write a book about mice; but not before me. Back of the queue. I’ve got bills to pay.

Previous Post What is the Best Flea Shampoo for Dogs? Top 3 That Kills Fleas ASAP Next Post How to Kill Silverfish: 11 Clever Silverfish Killers to Use