Some people want to know why one would bother with home remedies for scorpions. It does, after all, sound a little risky.

And sure, you could hire a professional to kick the scorpions out of your house. Just call them up and hand over your credit card, then wait for them to work their magic.

If you live in an area with an active scorpion population, you can be sure there’s plenty of companies ready and willing to step in and help solve your problem.

But what’s that going to cost? And which company do you choose?

Besides, do you really want some stranger coming into your home and spraying a bunch of unpronounceable chemicals around? Isn’t there some way you can deal with this problem yourself first?

Well, help is at hand, hypothetical homeowner in my head! If you have a scorpion problem, there are some things you can try before calling in the professionals.

Strange but true. Lavender has been found to be a natural deterrent to scorpions. Plus, it smells awesome and is fairly easy to grow, making it a lovely home remedy for scorpions – and yourself.

Of course, it’s not going to get rid of an already-existing scorpion infestation but planting some lavender around your home could help to keep your house scorpion-free if you live in a scorpion prone area.

It was their pest-killing abilities that persuaded humans to let cats move in to their homes in the first place. Both cats and dogs can be effective at killing scorpions once they enter the house.

However, you may not want your beloved family pet tangling with an animal that has a sting in its tail. I know I wouldn’t. 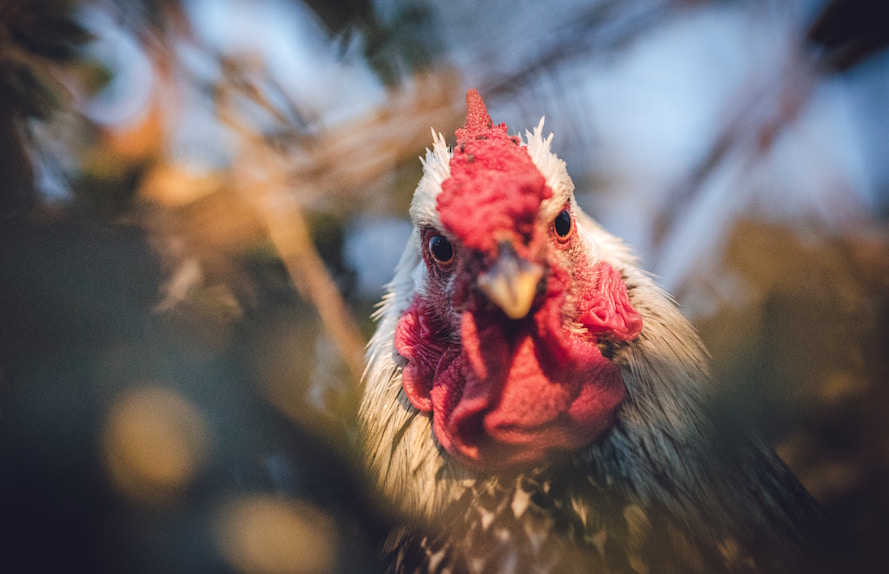 There is another animal out there that makes a great scorpion killer that you may not have considered. The humble chicken! A few chickens in your yard will seek and destroy all kinds of bugs, including scorpions. Plus, they provide you with fresh eggs!

Don’t have chickens lying around? Maybe a neighbor does. It might not be a bad idea to have the chicken patrol visit your yard once in a while on a scorpion hunt.

Here’s something that one doesn’t expect when discussing home remedies for scorpions: lighting.

But it matters. Do you have a lot of outdoor lights? If so, you might want to consider turning them off. Lights attract crickets, and crickets are a scorpion’s favorite food.

However, scorpions are also attracted to light, specifically white light. So if you can’t bear to part with your exterior lights, try changing the bulbs from white to yellow.

Yellow light is much less attractive to scorpions.

Like cedar oil below, neem oil is a naturally occurring substance with some awesome anti-scorpion properties. Neem oil comes from the seeds of the neem tree which grows in India, and it is effective against all kinds of insects as well as scorpions. 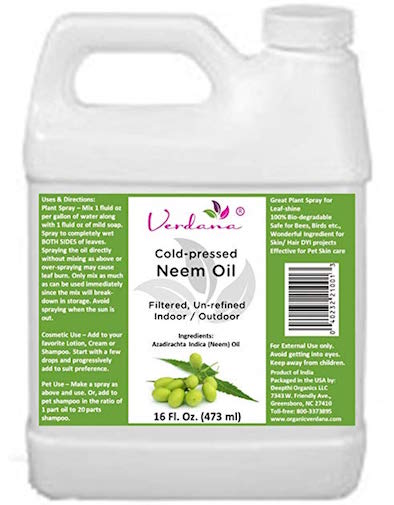 It works by disrupting the hormonal balance of a scorpion’s body which causes them to stop mating and even feeding.

Best of all, it is completely harmless to humans and to other mammals like cats and dogs – making this a pet safe scorpion deterrent. You could even consider using it along with cedar oil for extra protection.

Cedar trees figured out how to protect themselves from insects millions of years ago, and their key weapon is the oil they produce. Cedar oil is effective at both killing and repelling all kinds of insects as well as scorpions.

You could use a solution of cedar oil to spray your home on a regular basis. It’s safe, effective and smells way better than commercial pesticides.

Another easy option is to use 100% cedar wood storage accessories around your house – these are easy to stick in dark nook and crannies that scorpions like to make a nest in.

You can also use the anti-scorpion properties of cedar to stop scorpions getting into your home in the first place. A perimeter of cedar mulch around your home and in your flower beds can do a lot to help persuade scorpions to take a hike.

This home remedy is not just good for scorpions but for a number of pests. Plus, boric acid is easy to get your hands on and easy to use. It  even has many uses in the home, including as an antiseptic. 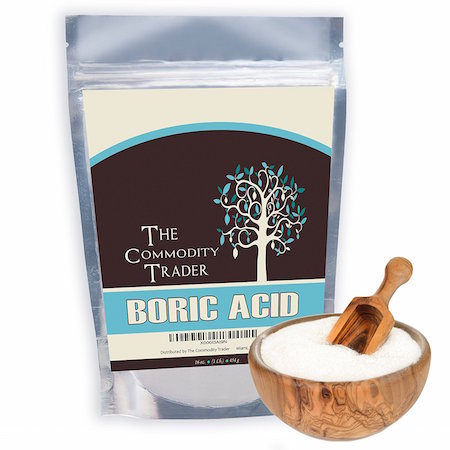 But most importantly, it kills creepy crawlies! You can use it in its powdered form, or mix it with water to create a spray.

In either case, it works by causing many tiny lacerations in a scorpion’s exoskeleton. This causes dehydration and eventually death. Boric acid is harmless to humans unless you eat quite a lot of it. So don’t do that.

Don’t worry; it’s easier to use than it is to say (or spell). Diatomaceous (Die -a tom – AISH – us) earth is readily available at hardware stores, usually in the form of a white powder, as well as on Amazon.

It’s made of earth dug up from the depths of the sea, and is full of the crushed-up shells of tiny creatures called diatoms. 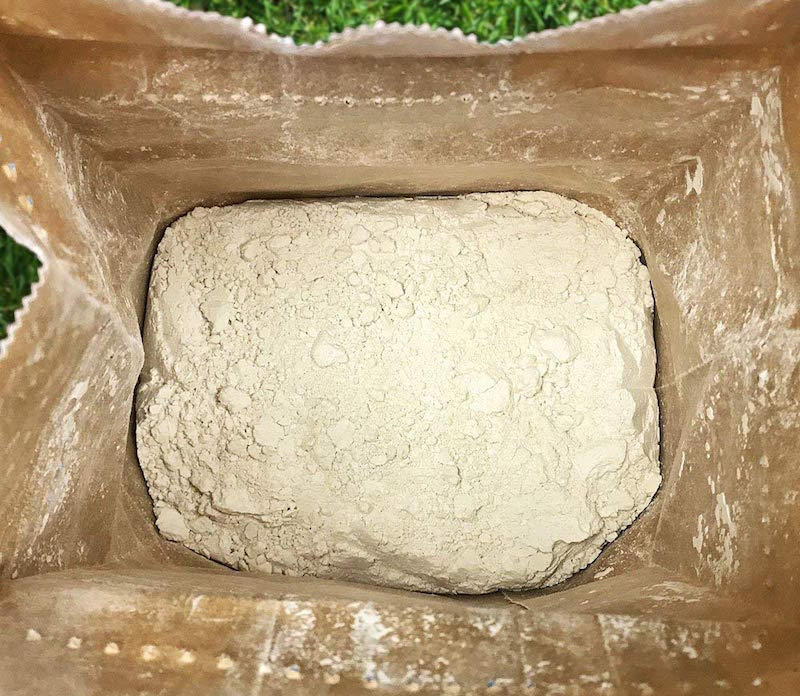 Under a microscope, what feels like a soft powder to us is in fact extremely sharp and jagged. Like boric acid, it will scratch the exoskeleton of any scorpion that crawls across it and cause dehydration. It’s best used as a perimeter treatment to kill any scorpions that cross it.

Diatomaceous earth can be safely used inside the home, but I would recommend wearing a painter’s mask while applying it. Until the dust settles, those tiny diatoms can irritate the lungs if breathed in.

Traps aren’t only effective against rats and mice – glue traps work great on scorpions, too. 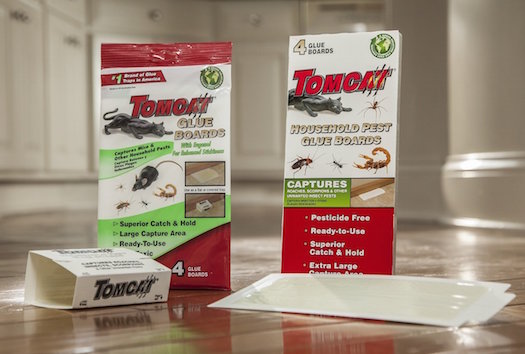 Set them down anywhere you think the arachnids might come creeping in, especially along walls. For extra effectiveness, you could place them beneath a white light to make the trap more attractive to scorpions.

Just be careful if you do catch a scorpion in one; it can take a long time for them to actually die on a glue trap. Until they do, they may still be capable of stinging. Watch out for that tail!

The above home remedies for scorpions can be a little too lethal if you’re a gentle soul who does not care for scorpion roommates but also believes every critter has the right to life.

We got you covered, too. 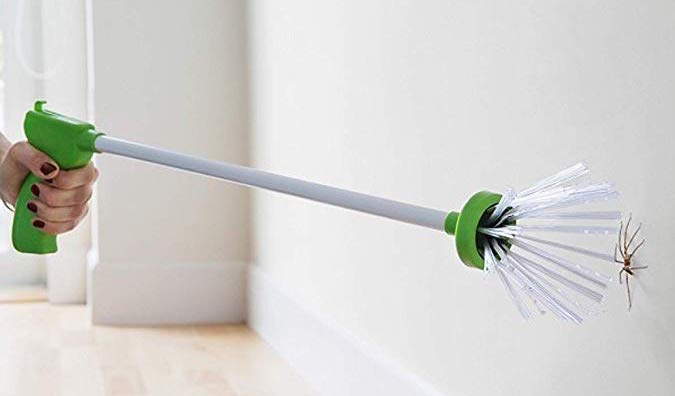 Lucky for you, there are humane insect catchers like the aptly named Critter Catcher that makes it easy to catch scorpions – without any risk to your own limbs – and then release them in nature. Or at your nosy neighbor’s house.

You get your house back and the scorpion gets to live. Everybody wins. Well, except for that nosy neighbor.

Obviously the best way to get rid of scorpions is to not get scorpions in the first place.

Of course, in an ideal world, you wouldn’t need to worry any of this. Can’t the scorpions just stay outside of your home? Can’t they be cool?

Well, no. No, they can’t. Because they’re scorpions.

But there is a lot you can do to keep these creepy creatures out of your home. Seal up any gaps with silicone caulk, paying special attention to gaps around windows and doors, dryer vents, water pipes, air conditioning conduits and so on.

Remove any debris close to your home, such as piles of leaves or stacks of wood. Keep your home as clean and free of insects as possible.

Do all that, and you may never need to put in that giant order at Amazon for an armload of anti-scorpion supplies.

Previous Post What’s the Best Vacuum for Fleas? (And Why It’s Your #1 Weapon) Next Post Do Bed Bug Bombs Work? What About Fumigation for Bed Bugs?

We’ve done all that is said. Our house is emasculate. We even have a pest service come once a month..but there are still scorpions outside and sometimes inside. The house is sealed up well with caulking all over cracks etc. So what to do….